The standard approach to data center security relies on securing the perimeter, i.e. the main firewall that protects the entry into the corporate network. This type of traffic is also known as north-south network traffic. Such an approach no longer comply with new security threats involving coördinated attacks and advanced perpetual threats. Research has shown that today, 30% of data centers outages are linked with security threats. One hour data center outage can bring enormous financial damage. The main problem lies once the threat avoids the perimeter, the protection mechanisms inside the network are not enough to stop the attack and prevent damage.

Network traffic and bandwidth are parameters that need to be optimized. The most advanced switch in the rack reaches 2Tbps, while the most advanced firewall runs at 200Gbps, providing only 10% bandwidth. Since there is one or perhaps few central checkpoints, imagine that all east-west communication, i.e. every virtual machine has to go through a physical firewall creating a network bottleneck. 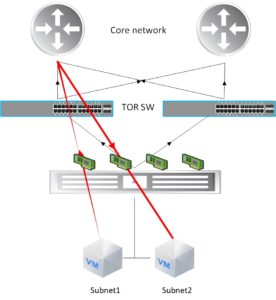 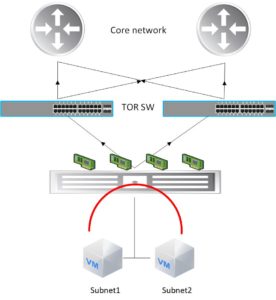 In the scenario above (Figure 2.) we have the same firewall.  When VM in subnet 1 sends traffic to VM in subnet2, traffic flows inside ESXI hosts avoiding unnecessary data flow over entire network stack. Imagine the benefit of this type of communication!

What is VMware NSX Micro-Segmentation? 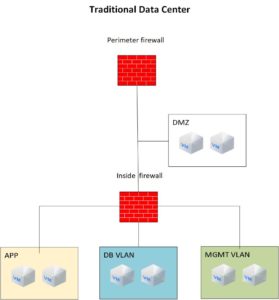 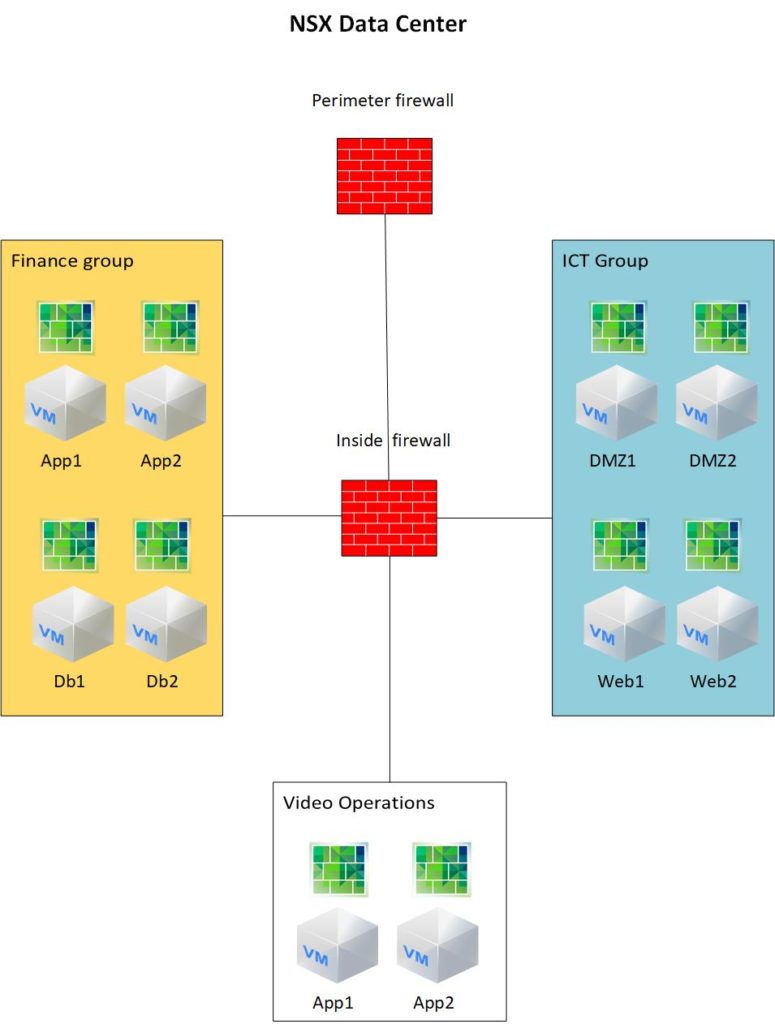 Now we have NSX installed (Figure 4.) and things look more secure now. Each VM is protected by its own firewall and we have implemented micro-segmentation on very granular level. Also isolation is configured on groups (ICT, Video operations, Finance). We can protect environment on many levels like OS, virtual network and many more. VMware NSX Firewall is configured at VM level. We are now more confident that security does its job!

The American National Institute of Standards and Technologies is a technology agency dedicated to the development of security standards. NIST recently published – “Network Security in a Virtual Environment” (Nist Special Publication 800-125B). VMware NSX micro-segmentation complies with network security in regard to virtual environments: